Welcome to our first Monthly Blog Post where we will be discussing recent Cyber Attacks, Cyber Security and Recent Security Updates for commonly used programs.

Google Chrome have recently rolled out an update across all there browsers & apps that will label any site without a valid SSL Certificate as ‘Unsecure’. The warning will apply to all internet facing websites as well as all private intranet websites. 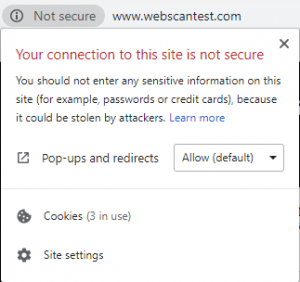 Unsecure Websites are insecure for various reasons such as:

On September 19th, Bristol Airport suffered a ransomware attack that led to all displays displaying as Out of Service. This was the result of poor Cyber Security by Bristol Airport that allowed malicious attacks to encrypt all there back-end systems.

While this breach did not directly impact anyone’s confidential data it still had a detrimental effect on the operations of Bristol Airport, it also further displayed that Cyber Attacks are REAL and will pose a threat to organisations moving forward.

On September 6th, British Airways announced that the personal and payment details such as names, email addresses and credit card information was compromised and stolen in a data breach.

British Airways said the hack compromised 382000 transactions that were carried out between the 21st August & 5th September.

The breach has now been resolved but British Airways advises that anyone who processed a transaction during this time frame to change their passwords across all services.

How to Protect Yourself from Cyber Attacks

Following the above mentioned Cyber Attacks it is important that end-users take the necessary steps to protect themselves if they are involved in a Cyber Attack/Data Breach on a company. There are various steps you can take to protect yourself;

2 Factor Authentication is a security method that involves a end-user requiring numerous methods of authentication to log into a service, for example;

2FA Authentication is extremely important as it means if your password is compromised in a data breach an attack can not just simply log into your accounts as they will not have access to your secondary method of authentication.

Regularly Update all your Devices

The final step I am going to talk about today is why it is important to regularly update your devices.

There are currently whitehat hackers all around the globe actively ‘hacking’ all internet enabled devices to find vulnerabilities which are then reported to the software companies before malicious hackers find the vulnerabilities.

There vulnerabilities are then typically patched in all those annoying windows updates that Microsoft now force on you in Windows 10.

Apple also now FORCE you to update your iPhones, iPads – If you fail to update sometimes you may be at risk of SEVERE security updates that could put yourself at risk as well as your personal information such as credit card numbers etc.

CCN work with the following partners: 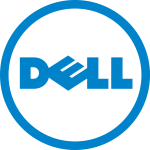 Other ways CCN can help your business…

Find the right people to take your team to the top with CCN Recruitment.

This website uses cookies to improve your experience while you navigate through the website. Out of these cookies, the cookies that are categorized as necessary are stored on your browser as they are essential for the working of basic functionalities of the website. We also use third-party cookies that help us analyze and understand how you use this website. These cookies will be stored in your browser only with your consent. You also have the option to opt-out of these cookies. But opting out of some of these cookies may have an effect on your browsing experience.
Necessary Always Enabled
Necessary cookies are absolutely essential for the website to function properly. This category only includes cookies that ensures basic functionalities and security features of the website. These cookies do not store any personal information.
Non-necessary
Any cookies that may not be particularly necessary for the website to function and is used specifically to collect user personal data via analytics, ads, other embedded contents are termed as non-necessary cookies. It is mandatory to procure user consent prior to running these cookies on your website.
SAVE & ACCEPT